This summer, I was in a small street in the busy centre of Cannes. As tourists shoved past each other, eyes glued on their smartphones, a movement caught my attention above their heads. A boring, grey pigeon. My eyes followed it as it headed straight for a nondescript windowsill. It landed softly. To my surprise, the window gently opened and a frail, carefully made-up retired lady appeared. I expected the pigeon to fly away, but it approached fearlessly, as if it had done so all its life.

The lady disappeared, then returned with something small in her hand. Passers-by tutted at me, bashing my legs with their shopping bags in their hurry to consume. I was in their way, mesmerized by an old lady and a bird repeating what appeared to be a long-established tradition above that busy street. A habit, a relationship. Real contact that had existed before I arrived and would do so long after – enduring friendship between a bird and a human who appeared to be paradoxically lonely in all the turmoil of the consumer world.

She sensed I was looking at her, turned her head towards me, and smiled. I pointed to my camera, and she nodded, then returned to her protégé. Here is the result. 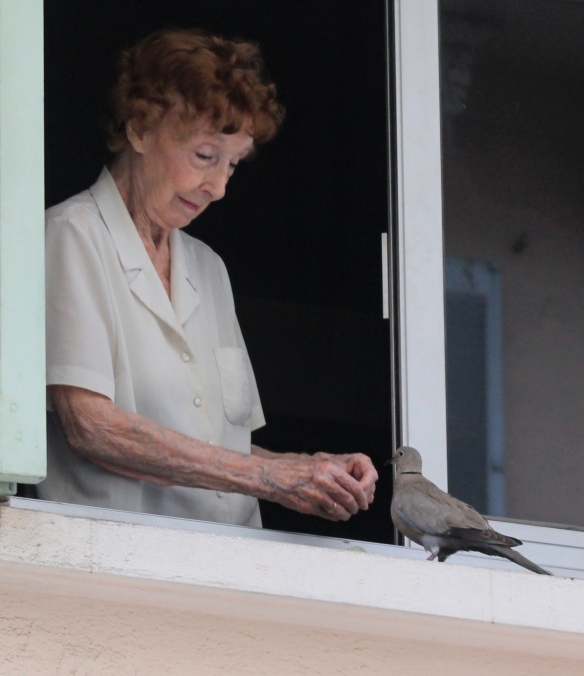