Yesterday we got up and discovered that the sun had come out. We had already planned our day. M.M’s family have little patience with ritual eating when the sun is shining. There is nothing more frustrating for me than being holed up inside in front of a roast dinner whilst the sun screams at us to come out and play through the window. So whilst the French population ceremoniously slid garlic cloves into entire flocks of New Zealand lamb and popped them in the oven across the nation, we threw a picnic into the car, picked up two friends from the bus station and hit the road for our favourite playground: the Lac du Salagou.

The day was perfect: blue sky, gently lapping water, happy kids, and fun and interesting company. Our crowd would have appeared strange to anyone passing by: Italian, Persian, French and English picnickers sitting on the red rock, all happily chomping their way through roast chicken, baguette, eggs, crudités, cheese and crisps that all taste so much better in the open air.

Give me fresh air, nature, sunshine, good food and good company, and I am in my element. Our guests had been brave enough to return after a first encounter with M.M’s culinary efforts over a month ago, when I had taken the colossal risk of cooking an osso bucco for an Italian. The gastronomic gods were smiling at me that day – both guests tucked in with gusto, and Italiaman informed me that his mama had never cooked it for him before. They have been welcomed with open arms ever since.

Persian Princess is beautiful, bubbly and enthusiastic. She patiently answered all the questions I fired at her about life in Iran. I took photos of her with Candide Canon, and noted that however I chose to take the photo, she was stunning. She has fabulous eyelashes – they are so long that they could double up as windscreen wipers. It struck me that attempting to hide a woman’s beauty with veils and scarves does nothing more than accentuate the beauty of what remains visible.

I had noticed that Italiaman was tightly ensconced in a huge grey scarf, and took the opportunity to ask him to explain what the symptoms of the dreaded cervicale were. The term “cervicale” is used by Italians to describe an ailment that only seems to afflict them, whilst the rest of the world has never heard of it, let alone suffered from it. I was introduced to this notion by Our Adventure in Croatia and Englishman in Italy, and the translator in me is frustrated and intrigued to see that no official translation exists for this illness. Despite relentlessly trawling the net, I have failed to find a translation anywhere. Italiaman explained that the merest draught can reduce an Italian to pulp if his or her neck is not sufficiently well covered. The pain goes from the back of the head down to the base of the neck, irradiating out into the shoulders. I asked him why noone else gets it anywhere else in the world, and he shrugged. We decided that Italians are genetically different to the rest of the world.

Rabbit football. The Italian players have been viciously attacked by a “colpo d’aria” – literally, a “hit of air”.

Next, Italiaman pulled a bag of Easter chocolate out of his bag. Once the children had dilapidated the bag, we decided to reenact a France-Italy football match with the remaining Easter bunnies and a chocolate egg. Of course, the two Italian players were blown over sideways by a colpo d’aria within minutes of the match starting, and had to be stretchered off to treat their cervicale.

The afternoon was spent in Pezenas, a favourite haunt of mine where my favourite French playwright, Molière, spent a lot of his time. Here are a few pics of our day – I hope you enjoy them. 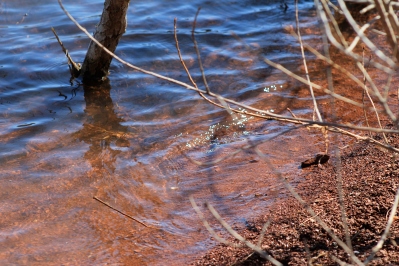 Lapping water for our lakeside picnic.

The best things in life are free.

Romantic messages spelled out in stones.

A happy, wet and smelly dog. 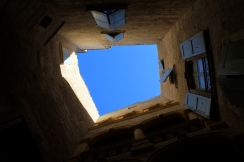 A pocket handkerchief of blue sky. 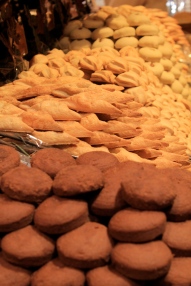 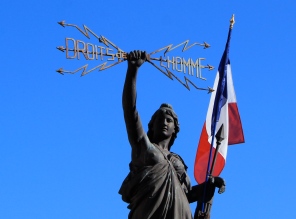 Marianne spelling out the theory that isn’t always applied. 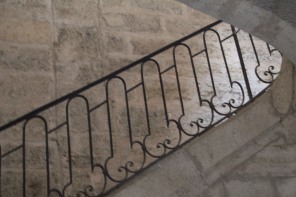 The rudest staircase I have ever seen! 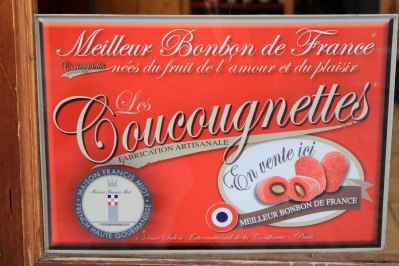 This word looks cute, but in French slang it is also used for delicate parts of the male anatomy…. 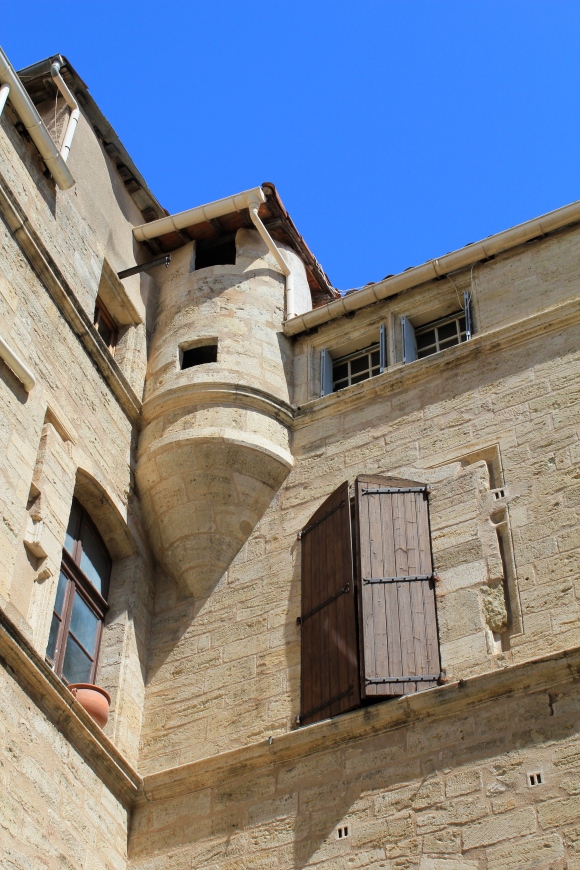 Is there a princess in here??

20 thoughts on “A picnic with Italiaman and the Persian Princess.”