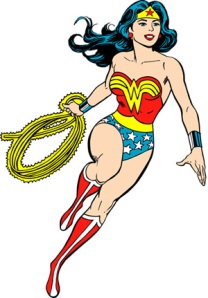 The day it all started, I was in a French clothing store on a mercy mission for my upward sprouting, and thus trouserless, eleven-year-old son. I had already dug through the kids’ clothing section, and successfully emerged with two pairs of jeans, having survived the merciless, snatch-and grab world of French mothers at the sales. I slid gratefully away from the sales scrum. As the women’s clothing department appeared on the horizon, the noise of screaming toddlers diminished. I stopped in front of the first clothes rack, and my fingers fluttered over a skimpy size ten dress that reminded me of the one that I had fitted into once-upon-a-long-time-ago. Before producing the three reasons for my visit to the shop in the first place, before discovering the culinary joys of Eastern France, before……

My thoughts were interrupted by a strong waft of vanilla invading my nostrils. I was pushed sideways by an immaculately made-up, delicately perfumed local delicacy who eyed me up from head to toe, muttered “Pardon, Madame”, and shoved the size 10 skimpy out of the way to grab the size 8 just behind it. She held it against her sinewy, taut body, hissed a self-satisfied “ouais!!!!” through her teeth, then smirked smugly at me before swinging off to the garish green changing rooms, the chains on her handbag clanking in tempo with her high heels.

It was then that I turned around and saw it. The Wonder Woman T-shirt.  The predatory eye of the clanking, pin-up consumer had missed this little beauty, and I grabbed the label, then sighed in frustration. It was an out-of-bounds size 8, and it got me thinking. Was nobody here a size 8, explaining why there were so many items of that size in the sales? Maybe size 8 women are a rare species, and the human missile that had just knocked me sideways was a rarely-observed species that had ventured out of its lair to replenish its wardrobe during the sales?  Glancing under the rails of clothing, I half expected to see Richard Attenburough-style journalists crawling through the vestimentary undergrowth to film her as she shopped.

I returned to my study of the Wonder Woman T-shirt. Having already glimpsed WW’s cleavage in cartoon books, I couldn’t help wondering how she could fit her generous bosom into this particular garment, even if her minute waist did spare her the muffin top no doubt currently stretching the hems of the larger-sized T-shirts  bought by aspiring Wonder Women.

We all know a Wonder Woman, and are in awe as she manages her house, husband and family with more determination and assiduity than Martha Stewart. She is up, showered, perfectly made-up and perfumed before the rest of her tribe, and trills a sexy “au revoir, mon chééééééérie” to her doting husband before pulling beautifully ironed clothing out of the cupboards for her grumpy offspring. She drops them off at school after a sensible breakfast and then runs off elegantly without breaking her neck despite her 7cm high heels, mobile phone clamped to her ear. On good days I smile, on bad days I look down at my old pair of jeans and my faithful trainers, and my self-esteem plummets to sub-zero temperatures in her wake.

Turn up out of the blue at WW’s home…. and admire, or weep. She will never be flustered, never be in pyjamas, and never be in a foul mood. Her golden retriever does not shed, whereas mine provides enough hair to make an angora survival bag within the average week.

Time mysteriously stands still in WW’s home. Dust does not dare enter her spotless interior, which sports glass flowers on low tables that her children strangely don’t touch. The white carpets are mysteriously unsoiled by soda drinks, and much as you insist on walking barefoot, no pieces of crisps will ever get stuck between your toes. Push the sofa backwards, and you will not find the missing piece of the incomplete jigsaw you threw away last week, or a rogue playmobil helmet. WW’s children actually look after their stuff, without being asked. No red felt tip pen without a lid leaking its contents onto the sofa cover, no lonesome peanut screaming out for a taker. Niet. Nada. Welcome to the perfection of domestic paradise.

Whereas her pristine vegetable tray proudly boasts organic vegetables, the only organic thing to be found in mine recently was a decaying avocado lurking at the bottom. A family of six can appear unannounced and be invited for what is described as “a simple” dinner: WW whips out a meal for 20, beaming and gushing “it’s just leftovers” before digging a home-made tart the size of a tennis court out of the depths of a fathomless fridge.

In Wonder Woman’s bathroom, small decorative figures and framed quotations about “Home sweet home” remind you that what the French quaintly call the “little corner” is also a quiet, homely place, and a pile of magazines, novels and cartoon books are thoughtfully placed there for passing visitors (and yes, I did use that adjective deliberately). I will spare you details of my bathroom, but the reading material found there is currently “Snakes of the world”, the free magazine from the health insurance company, and a mail order catalogue: my failsafe method of making sure nobody hogs the toilet for too long.

Wonder Woman finishes her day by cleaning her kitchen floor, tripping delicately over her beautifully shiny tiles in Isotoner slippers, and curling up in an appropriately feminine ball on the couch with a cup of herbal tea, whilst her husband looks on admiringly. My personal version is to drag on my manky Canadian sheepskin men’s slippers, which I fondly refer to as my kayaks, and climb over the dog to the sofa, only to be growled at by the lanky teen strewn over the piece of furniture designed for 4 people, defiantly clutching the remote as if it were his last Rolo.

As my fringe-flicking teenage son regularly points out, my reaction is based on pure enviousness, awe and lack of self-esteem. He’s right. See, it’s not hard to admit it. But what we forget is that each and every one of us is a wonder woman, just not that kind of wonder woman. Being the one who cleans up after the cat throws up on the floor, the only one who spends the afternoon fighting to combine two pieces of string, an egg-box and a disappointed child in a determined bid to build a dinosaur, and the one who decides she doesn’t like chocolate cake that much after all when there isn’t enough left is already proof of the pud, don’t you think? So thumbs up to all you other Wonder Women out there…..whether or not you own the T-shirt.

Yesterday I was listening to the radio whilst slapping paint onto a wall in my son’s future bedroom. I cannot do a boring job without a source of motivating music to cajole me into staying put for long enough to … Continue reading →